The improvements made to Cadcorp SIS Desktop begin with a refreshed user interface. The familiar and intuitive Microsoft Office Fluent User Interface has been extended to incorporate a Microsoft Office 2016-compatible “Backstage View”, a “Recent Maps” list, and the ability to pin frequently used maps and projects. Dynamic cursor feedback has been enhanced to display additional information such as coordinates and other context-specific data. New construction circle and crosshairs capabilities further improve the user’s data capture experience.

Backdrop maps from Google Maps and Microsoft Azure Maps can now be used in SIS Desktop together with the user’s own business data, with a relevant licence. SIS Desktop includes a range of new styling, analytical, and data management tools. Lines and Polygons can draw with a variety of gradient effects and a new format painter can quickly copy styles between features. New theming options include the Expression Theme, for dynamically building style information from attribute data, and the Bivariate Theme, for viewing the effects of two variables. Symbols can now be defined using Scalable Vector Graphic (SVG) files, with a number of new, pre-built symbol libraries included, as well as easy-to-use ways to add more. Highly configurable labelling and annotation tools can be used together with new, advanced Markdown and Table drawing capabilities that offer a vast range of text and image options to complete the cartographic output. 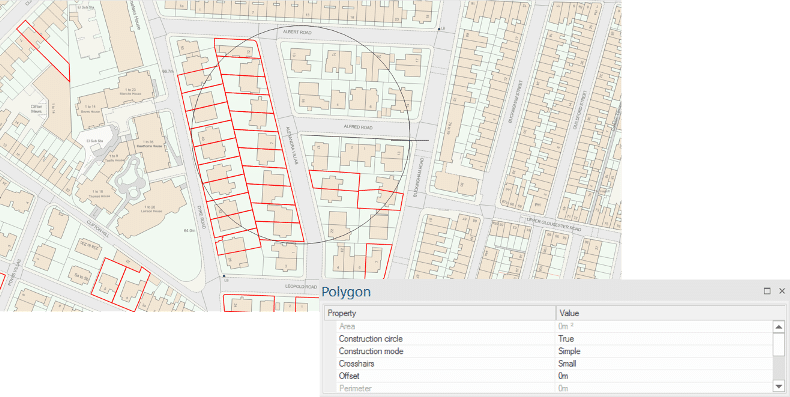 Cadcorp SIS 9 brings the powerful SIS processing framework to the forefront with the addition of a new Process Dataset that allows workflows to be built, saved, and run dynamically within a map. This opens up a vast array of possibilities for live analysis of existing datasets with fully integrated results then available for inspection. Expert users will also be delighted by the inclusion of both a SQL console and a SQL-based Query Dataset that allow this venerable industry standard to be used for GIS querying and analysis.

3D capabilities have been bolstered by native support for point cloud data as produced, for example, by LIDAR surveys. Point cloud drawing in both the Map Window and the 3D Window can be controlled with new point cloud styling capabilities and the optional Particle Theme. Hotspot analysis has been extended to support the Getis-Ord (Gi*) spatial statistic that, unlike Kernel Density Estimation (KDE) which is already available in SIS, can be applied to polygonal or linear features, eg. census output areas. The output generated by point-based Hotspot analysis can now be geometric shapes, eg. hexagons or circles, in addition to the more traditional gridded form. An improved and intuitive user interface experience in SIS Desktop 9 opens this highly complex geospatial processing up to wider audience.

Analytical capabilities have been further expanded with the inclusion of a temporal control bar that allows time-series data to be inspected and exported to video. Point-to-point routing can now be carried out in milliseconds using the Open Source Routing Machine (OSRM). Advanced clustering and dispersal options have been added, as has support for creating concave hulls. Rubber-sheeting is now part of the SIS processing framework, and has been enhanced to include advanced options for raster data.

Cadcorp has a long history of working with PostGIS, Microsoft SQL Server and Oracle Spatial/Locator and this release continues that tradition. The CAD-style geometry construction and editing tools in SIS that create curved geometry are now able to save circular arcs in these spatial databases, without conversion to “facetted” lines, leading to smaller storage sizes and smoother appearance.

Cadcorp SIS WebMap 9 (formerly called Cadcorp Web Map Layers) has also benefited from a refreshed user interface. Streamlined menus allow more space for the map, and a ‘Map Fader’ can be used to adjust the opacity of the base mapping, both of which give added emphasis to the important business data being presented. Because it relies on GeognoSIS for its map data, SIS WebMap benefits from all of the new core drawing and analysis capabilities in this release. Cadcorp Local Knowledge™, the standalone web service that presents highly configurable information – that need not even include a map – to questions about a user-specified location, for example a postcode, has also been updated and a more flexible ”Search by area” capability has been added.

The management tool for geospatial web services engine Cadcorp GeognoSIS has been reimplemented as a modern, browser-based, fully responsive app. Typical administrative tasks have been streamlined and improved, making GeognoSIS even easier to manage The app has been translated into French, German, Spanish, and Japanese. GeognoSIS itself benefits from all of the core improvements to the SIS suite, in particular to drawing speed.

Cadcorp SIS is widely used around the world in both the public and private sector, notably in emergency services, land and property, energy, infrastructure, insurance, and by central and local government departments. Cadcorp SIS 9 is a functionally rich GIS designed to meet the growing geospatial needs of these organisations and to support users ranging from experienced, highly skilled GIS Managers to members of the public.