The purpose of this Standards Working Group is to develop a new version of the OGC Catalogue Service standard for the World Wide Web.

The current versions of the catalogue standards (i.e. CAT 2.0, CAT 3.0) — developed in the early 2000s — are implemented in a manner that has contributed significantly to building distributed catalogue systems but this legacy no longer fits with current web search and discovery practices.

The next version (OGC API – Records) will remedy this shortcoming and bring OGC catalogue standards into closer alignment with both modern Web usage and the practices laid out in the Spatial Data on the Web Best Practices document jointly developed by OGC and W3C.

The SWG comes as part of a broader movement by OGC to modernize its spatial web APIs to conform to current practices on the web and to support the use of modern tooling, such as OpenAPI, to support developers wishing to spatially enable their web applications. OGC Chief Operations Officer and Executive Director of OGC’s Standards Program, Scott Simmons, outlined the movement in a recent blog post entitled OGC APIs and the evolution of OGC standards.

“We now are taking the initiative to work across disciplines in OGC to get the next generation of these standards aligned early in their development and sufficiently modular to maximize their flexibility,” said Scott in his blog post. “Further, the use of OpenAPI makes it much easier for developers to implement the standards as requirements are defined in YAML or JSON, not just text. OpenAPI allows easy implementation in a number of languages and patterns and has proven very simple to use in creating RESTful implementations.”

More information on the OGC API family of standards can be found on the new OGC API website. 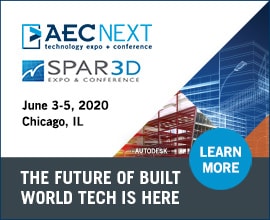