Phoenix LiDAR are pioneers of the UAV LiDAR industry who continue to push research and development to bring customers surveying and mapping solutions that are lighter, more powerful, and easier to use. A RIEGL partner for many years, Phoenix consistently integrates RIEGL sensors into some of its most powerful LiDAR payloads to offer customers a balance of data accuracy, lower weight, and overall budget. The company came to be in 2012 when CEO Grayson Omans foresaw the convergence of two industries: first, that LiDAR sensors would soon become light enough to fly on unmanned aerial vehicles, also known as UAVs or drones, and second, that UAV prices would soon drop enough that surveying organizations and the like would seek drone LiDAR solutions for their offerings. LiDAR, at that time, was widely used in surveying, but unmanned aerial LiDAR was an untapped opportunity.

After working with sensor manufacturers, Phoenix launched the industry’s first commercial UAV LiDAR system. As the UAV LiDAR market grew globally, Phoenix leveraged its head start to develop other “firsts,” including the first real-time 3D point cloud visualizer, which displays live data capture to reduce acquisition error in the field; the first fixed-wing VTOL UAV LiDAR system, which combines the speed of a fixed-wing with the asset protection that VTOL offers for survey environments without runways; and the first cloud-based LiDAR post-processing platform, LiDARMill, which reduces the high investment costs associated with post-processing (www.LiDARMill.com).

Another popular technology for surveying and mapping was, and still is, photogrammetry. Phoenix believes that LiDAR and photogrammetry form a strong complement to a surveyor’s tool chest. Because of its use of lasers, LiDAR addresses some of photogrammetry’s key shortcomings, like a lack of precision accuracy, an inability to penetrate vegetation, and limitations in poor light conditions. When used together, surveyors and mapping professionals are discovering that the pair are a powerful combination. 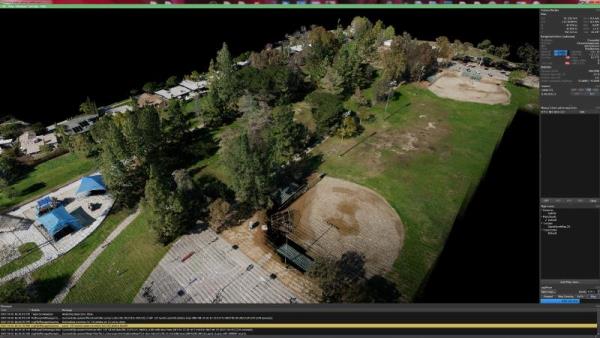 Phoenix LiDAR offers a wide range of custom, survey-grade LiDAR mapping systems, such as the Scout, the Alpha Series, the miniRANGER, and the RANGER Series. The Scout is an entry-level system that enables clients to use LiDAR to penetrate vegetation, map smaller areas, and inspect basic infrastructure. The Alpha and the miniRANGER are both mid-range systems that can tackle more demanding conditions, with the miniRANGER featuring the RIEGL miniVUX.

The most robust and accurate system offered by Phoenix is the RANGER Series, which features variations of the RIEGL VUX, along with Phoenix’s hardware and software. This system can be customized with a host of accessories and cameras, hyperspectral and thermal, to name a few, and is their most flexible system: compatible with aircraft, UAV/drones, vehicles, vessels, and even a backpack mount.

In addition to these custom LiDAR systems, Phoenix training helps clients understand every aspect of their investment, from LiDAR acquisition to post-processing, and even UAV pilot training. This support gives Phoenix clients all the tools needed to serve their clients, in turn.

The Phoenix team has found that, because LiDAR technology is relatively new, one of the most rewarding aspects of working with it is to see companies succeed in the field after only having recently learned about it. Having LiDAR as an available tool saves their clients significant time versus sending large teams into survey environments, which are often hazardous and undeveloped. Phoenix’s ability to combine LiDAR technology with cutting-edge UAV technology enables organizations to reduce the cost and liability of manned aircraft surveying by using drones that can carry powerful systems to conduct scans.

The Phoenix Software Suite helps clients estimate data quality based on flight parameters, view data acquisition during flight, and more, all with the goal to reduce errors and increase data accuracy. 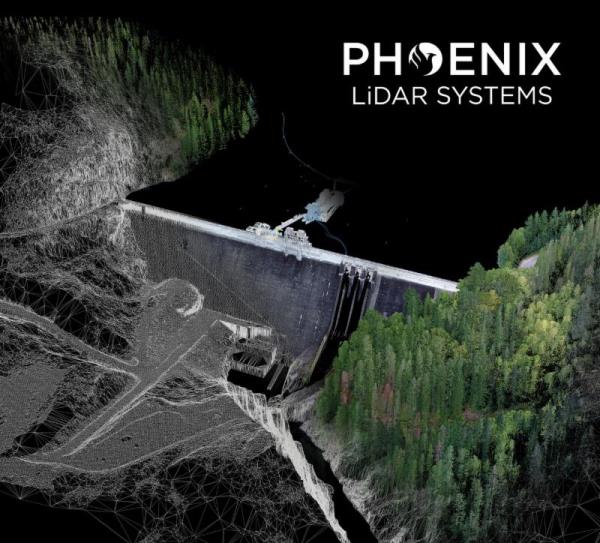 Phoenix LiDAR and RIEGL have a long-standing partnership in place that allows for both companies to work together harmoniously to provide the best solutions to the market. Phoenix integrates RIEGL sensors with its own hardware and software to build custom LiDAR systems for its clients. In its research and development, Phoenix continuously tests industry LiDAR sensors for a balance of accuracy and price and, time and again, RIEGL sensors rank among the very best.

RIEGL being regarded as one of the most accurate LiDAR sensor manufacturers in the world, along with their name being well-known in the surveying and mapping markets, have provided numerous benefits with their LiDAR sensors to the Phoenix LiDAR clients. These benefits include accuracy, data quality, relatively lightweight sensors, long range sensors, and high-density sensors.

As the knowledge of LiDAR grows, the applications of the technology will expand exponentially. For some of their most demanding needs and LiDAR systems, Phoenix is pleased to continue working with RIEGL hardware, which continues to rank among the best in the industry.

In addition to surveying and mapping, it seems that the applications for LiDAR technology are infinite. Digitizing the analog world and sharing that data globally creates countless opportunities for collaboration, and clients are applying this benefit to many industries beyond mapping. While clients use Phoenix LiDAR systems for traditional applications like surveying forests, energy infrastructure, and utilities, many have also taken a creative approach, using LiDAR to scan historic monuments for damage or digital preservation, to conduct university research, and to build virtual cities for films and video games—which they often destroy using computer graphics.

One of LiDAR’s chief benefits is the ability to penetrate dense vegetation. Phoenix LiDAR integrates RIEGL sensors with Phoenix hardware and software to meet the needs of the most demanding projects.

More recently, the Discovery Channel asked Phoenix LiDAR to conduct archeological research for the Science Channel. Phoenix sent a LiDAR system and several team members to the field to conduct a LiDAR scan for archeologists in search of ancient copper mines that could indicate the ruins of the lost city of Atlantis. They then used Phoenix software to process the data for the archeological analysis.

Several other companies have leveraged LiDAR technology in creative ways. One of Phoenix’s clients in Thailand conducts systematic scans of area jungles to catalogue ancient temple sites that have become overgrown and lost with time. Several filming and gaming companies have used LiDAR to digitize cities that they then destroy, and one large commercial farm has added a Phoenix system to their self-driving tractor fleet to scan for crop height and health for harvest analysis.

Phoenix TerraHawk is the UAV LiDAR industry’s first fixed-wing VTOL system, which leverages the speed and accuracy of a RIEGL VUX sensor for the most demanding LiDAR acquisition projects.

As LiDAR technology has developed over recent decades, manufacturers like RIEGL continue to build sensors that are lighter and more powerful than those of previous generations. Phoenix partners with respected manufacturers like RIEGL to build LiDAR systems that adapt to any application, from surveying to agriculture to film. Working together, these two companies continue to push the boundaries of acquisition and application. 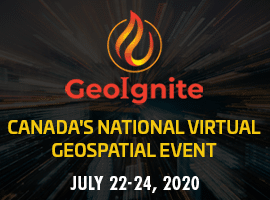