Located on the east coast of Sicily, Italy’s Mount Etna is one of the world’s most famous—and most active—volcanoes. The mountain’s location and frequent eruptions make it a popular tourist destination, with plumes of ash and gas venting from fissures in the mountainsides and lava flows reshaping the steep slopes extending from the summit.

While spectacular, Mount Etna’s eruptions are also dangerous and worrisome. Eruptions have been recorded over the past 3,500 years and the mountain has been erupting continuously since September 2013. The current eruption, termed “Strombolian activity,” produces lava flows and ash emissions that affect the terrain and nearby communities. Activity in July 2019 produced ash clouds that forced temporary closure of nearby airports. Scientists are studying the mountain to improve their ability to anticipate activity and issue warnings and alerts; the recent activity served to emphasize the value of these studies.

Etna’s ease of access and continuing activity make it an important site for scientists seeking to better understand volcanic goings-on. The mountain serves as a virtual laboratory; it’s blanketed with sensors that measure different aspects of the volcano’s behavior, some of which can be precursors to impending activity. The Italian National Institute for Geophysics and Volcanology (INGV, Sezione di Catania, Osservatorio Etneo) continuously monitors the volcano by terrestrial, remote and satellite technologies. Understanding the spatiotemporal patterns in the monitored data facilitates predicting the behavior of the volcano and supports efforts to mitigate hazards.

The quantities monitored include surface deformations and spatiotemporal gravity changes. These changes are indicative of magma mobility and pressurization in the mountain’s internal plumbing system, which can lead either to unrest or volcanic activity. Simply put—scientists want to know what’s going on inside the mountain. They do this by measuring changes of observables on its surface.

In July 2018 researchers from Slovakia (Peter Vajda, Pavol Zahorec and Juraj Papčo) and INGV in Catania (Filippo Greco and Massimo Cantarero) teamed up for a one-week campaign of intense observation. Their objective was to test a new approach to modelling the vertical gradient of gravity (VGG) and applying the deformation-induced topographic effects in interpreting gravity changes in order to improve the ability to predict volcanic unrest or eruption. The task required accurate point positioning and production and use of high-resolution, high-accuracy digital terrain models (DTMs).

Tracking Magma with Gravity
Studying Mount Etna is rugged work. In addition to high altitude and steep terrain, research teams face a constant stream of spewing smoke and gases, unstable ground and explosive eruptions of ash and lava. In spite of the challenges, the Slovak and INGV team view Mount Etna as a research lab in which they can measure and analyze the movement of magma inside the mountain.

The replenishment (or movement) of magma within Mount Etna manifests itself through temporal gravity changes that can be observed on the surface of the volcano. The magma’s motion can also deform the mountain’s topography. To study these effects, scientists combine gravity data with digital elevation models (DEM) developed from aerial imagery. The team measured in-situ vertical gravity gradients (VGG) at multiple locations on the mountain to verify their numerical method of modelling it. The modelled VGG is used in compiling residual gravity changes that are interpreted in order to track magma mobility.

As the team put it: “We needed to demonstrate that we can successfully predict the VGG in volcanic areas of prominent rugged topography based on modelling the topographic contribution to the VGG using high-resolution high-accuracy digital elevation models (DEM) and eventually local improvements using drone-flown photogrammetry”.

For Papčo, a geodesist at Slovak Technical University in Bratislavia, obtaining precise gravimetry called for high-accuracy GNSS positioning. He was especially interested in obtaining accurate heights (elevation) measurement wherever gravity data was collected. But even in such a thoroughly measured site as Mount Etna, precise GNSS measurement is not straightforward.

Real-Time GNSS on an Active Volcano
Working with colleagues from Italy’s National Institute for Geophysics and Volcanology (INGV), Papčo conducted inital measurements on 10 existing profile points using a Trimble R10 GNSS receiver and CenterPoint RTX. He then measured multiple sites on the mountain, including a trip to the summit.

“There was a lot of dust, loose rock and gas; it was very, very terrible to breathe” Papčo recalled. “In many places it was quite dangerous and scary. In one location where I wanted to go, the people from INGV said “No, no, don’t go there. If something happens there you will completely die.” But in spite of the danger there were interesting aspects of sounds and odors. It was fascinating to see how it works and to experience the smell and the life of the volcano.”

Papčo used CenterPoint RTX to capture data at 17 locations where gravity data was collected. At each gravity point, he measured additional ground points to provide check data for the elevation models developed from aerial imagery. “Using RTX corrections was very exciting,” Papčo said. “On many points, especially on the higher part of the volcano, Internet signals were poor or none at all. Only by using RTX were we were able to collect real-time data.”

The project teams used existing aerial imagery to identify the areas where they wanted to measure VGG. They then used RTX to navigate to the locations before collecting real-time and static data on the points. “We had a very good experience with CenterPoint RTX. It performed well in higher elevations and in difficult conditions,” Papčo said. “Without RTX, it would have been very difficult and complicated to navigate to the desired points.”

For each profile and gravity point, Papčo collected real-time positions as well as roughly 25 minutes of static observation. Some gravity points were located inside buildings or under tree canopy. To produce 3D positions on these points Papčo set intervisible points with GNSS and then used a Trimble M3 total station to measure into the structure or forest. He processed the static data using Trimble Business Center software (TBC) and compared the static results with RTX and previous measurements by INGV.

The data collected using RTX produced vertical accuracy of four to five centimeters. “From my point of view the accuracy was very good,” Papčo said. He also imported and processed aerial imagery using the UASMaster module in TBC. The ability to process all the aerial imagery, total station measurements and GNSS data in one software provided an added benefit; Papčo noted that point classification and making transformations into the local coordinate system went smoothly.

A Deeper Understanding
The work on Mount Etna revealed that precise information on topography and point positioning is essential to accurate VGG predictions for the purposes of volcano geodesy. Using GNSS and PPP provides the needed accuracy and is helping scientists understand how changes in topography reflect gravity changes attributable to the magma redistribution. The approach will give scientists refined tools to better anticipate and characterize volcanic behavior.

While predicting eruptions of any active volcano remains a challenging science, the work of the multinational Slovak–Italian team provides valuable contributions to understanding volcanoes and anticipating volcanic events. Thanks to their achievements and the work of INGV, the laboratory known as Mount Etna continues to reveal its secrets. 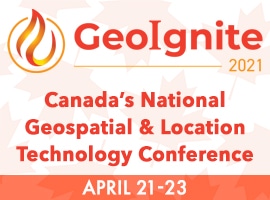