The Impact of the Saharan Dust Cloud’s Growth

Migration of wildlife is a fascinating phenomenon. The most famous of these is the Great Wildebeest Migration of around two million hoofed animals from the plains of Africa’s Serengeti.

Then there are the North / South migrations of Canada Geese, who on occasion, lose their way, and accidentally migrate across the Atlantic Ocean to Ireland. But there is an annual migration in the opposite direction that doesn’t involve wildlife and has a greater impact than a few lost geese. This migrating traveller is dust.

The annual rebirth of the Saharan dust cloud
The Saharan dust cloud makes its way from Africa to the US every summer and this massive cloud has grown immensely this year. Otherwise known as the Saharan Air Layer (SAL), this flattish cloud, or plume, starts off above the Sahara desert. It is created by hot winds lifting particles of dry dust from areas of the dessert that have been visited by water. This cloud-forming process persists from spring until autumn. During the summer months, the cloud, which is typically about a mile high, is blown west towards the Atlantic, where it is kept alive by cool air from the ocean. Trade winds help to blow portions of the cloud westward, towards the Caribbean and the Gulf of Mexico. 2020 has seen an enormous increase in the size and density of the cloud, lowering air quality in Puerto Rico, and in a number of the southern US states.

Dangers of SAL’s dust
Typically, the Saharan dust cloud is almost a non-event, but not this year. Currently nicknamed Godzilla, the SAL has outdone itself with a length of 3500 miles, and a density that has not been seen in the 25 years of satellite imaging. It is also closer to the ground this year. The worst is likely over, as only minor plumes are expected for the rest of the season. However, it may have wreaked quite a bit of damage because of its effect on individuals with compromised respiratory systems. Ironically enough, while yet dealing with the Coronavirus, some of the affected States were told to wear masks and stay indoors to protect themselves from the dust cloud’s Particulate Matter.

The benefits of SAL’s dust
Some ecological benefits from the nutrients in the dust are vital for the survival of vegetation, particularly in the Amazon rain forests. Minerals, especially phosphorous, taken from the Bodélé Depression dust in Chad, feed plant proteins, enhancing the relationship between Amazon vegetation and climate fluctuations. The large amounts of minerals replenish those literally washed away in the Amazon.

Other impacts
Most areas affected by the 2020 Saharan cloud have enjoyed beautiful red sunsets, but have also seen murky skies when the cloud blocked the sun. Darkened skies can cause surges in energy use, affecting household fuel and electricity costs. On the other hand, this dark cloud has the effect of decreasing energy levels from potential cyclones and hurricanes. The path of tropical storms is stymied by the extreme dryness of the dust plumes working together with the North Atlantic trade winds and jet stream. Compared with the storms of recent years, perhaps the 2020 hurricane season will therefore be considerably subdued. 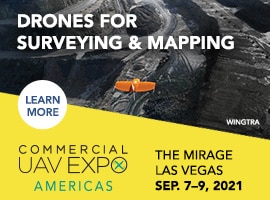